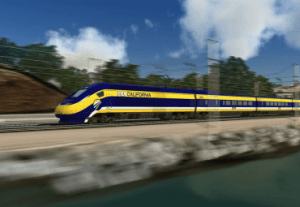 Phase 1 of the California High-Speed Rail Project connects Los Angeles to San Francisco at a blistering top speed of 220 mph. At $68.4 billion, it is the largest public works project in the history of the United States. Phase 1 is projected to complete by 2029, while Phase 2 is not yet planned.

Till date, AFT’s scope of work has included lateral STATNAMIC™ load testing on three drilled shafts for the earliest parts of the construction. The massive eight and 10-foot diameter drilled shafts were located near Fresno and the San Joaquin River and were loaded laterally with forces of over 2500 kips over multiple load cycles.